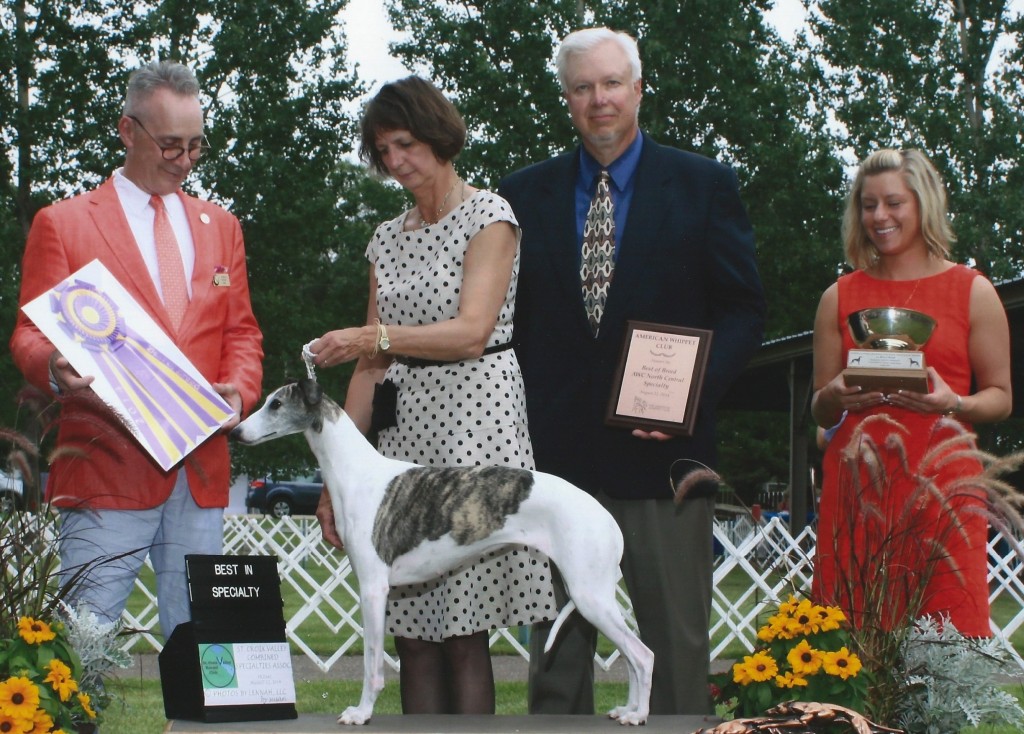 Quote from the specialty critique:

“At nearly nine years old she moves like a youngster. She took the day with her long, low, powerful, yet effortless movement. She was shown in perfect condition to show off her curvy silhouette. Her smooth flat muscle made it a pleasure to go over her. She is elegant, yet houndy and all whippet.” 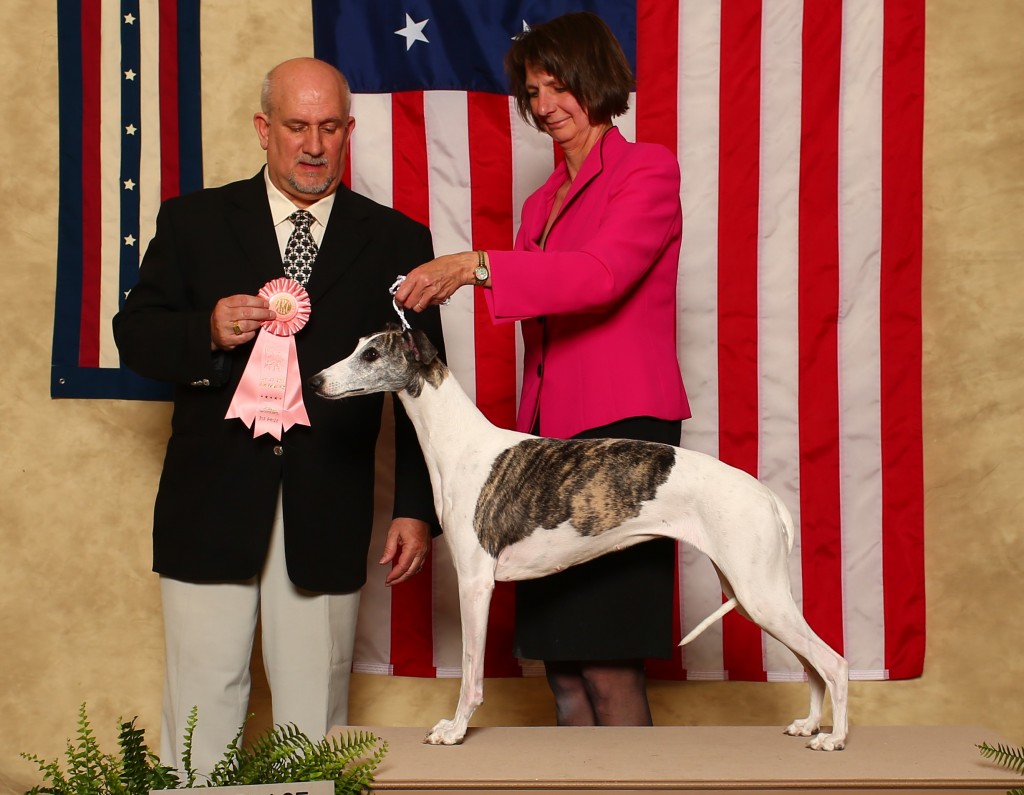 Glimmer is shown here winning the 7-10 veteran’s sweeps bitch class at the 2014 National out of an entry of 17 lovely ladies. 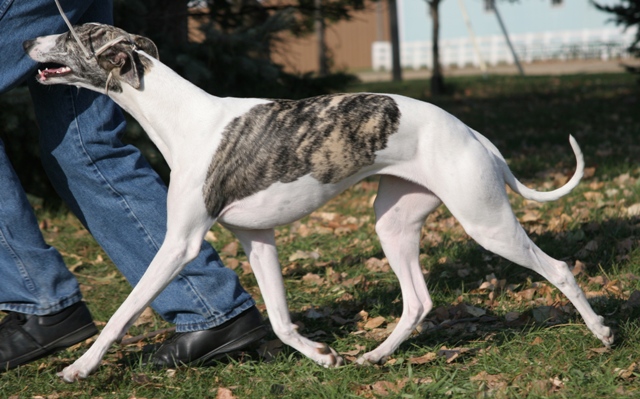 “Glimmer” was very successful at a young age. At eighteen months old she had some impressive wins:

She was specialed for the remainder of 2007, achieving six group placements out of ten times shown in the group. 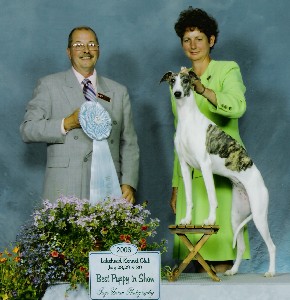 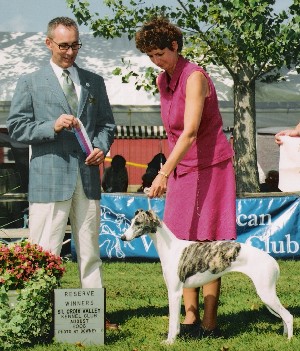 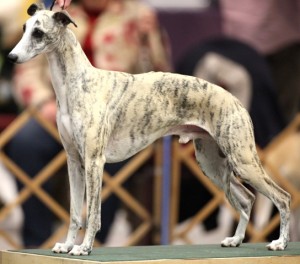 If you have any questions about Glimmer, e-mail me.