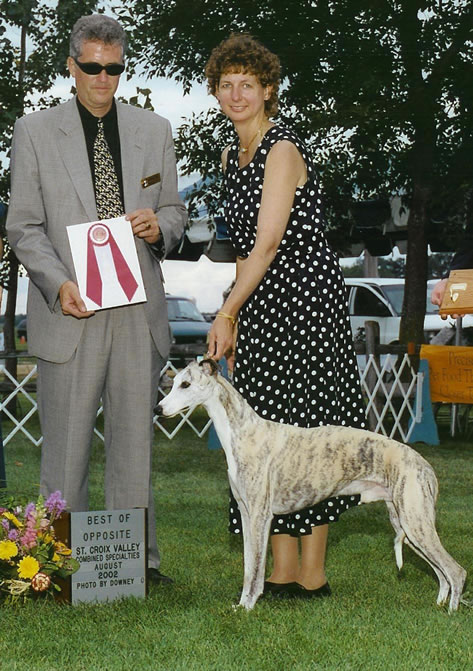 Calvin was ranked in the ASFA top Twenty in 1995 and finished his LCM easily. He was also the recipient of the 1995 Karen Samuelson lure coursing award. 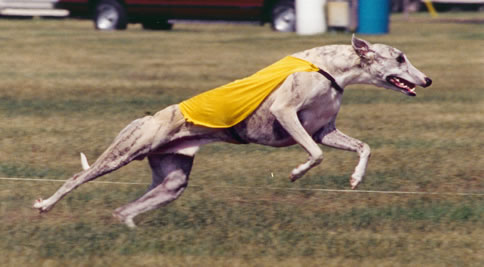 Calvin was an avid runner

Always a versatile and willing dog, he received his CD and CGC, which qualified him for the coveted American Whippet Club Champion Award of Versatility. 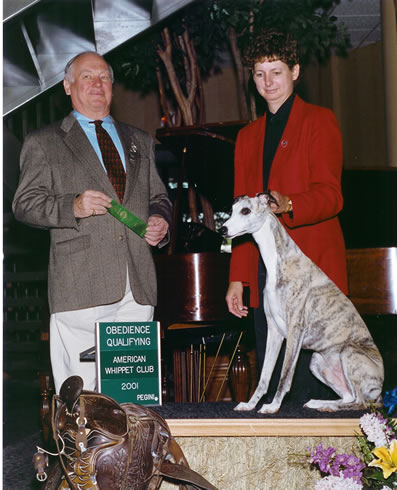 Calvin at the National in obedience

Calvin was the sire of: