Norma finished her show championship easily, including a supported entry major. She  completed her ASFA field championship in two weekends and her LCM at the AWC National Specialty lure trial in Dallas in 2001. She completed the Canine Good Citizen test and finished her companion dog title in October of 2003, which was the final requirement to achieve the American Whippet Club Champion Award of Versatility. In June of 2004, she finished her Canadian bench championship. She was truly a versatile girl! 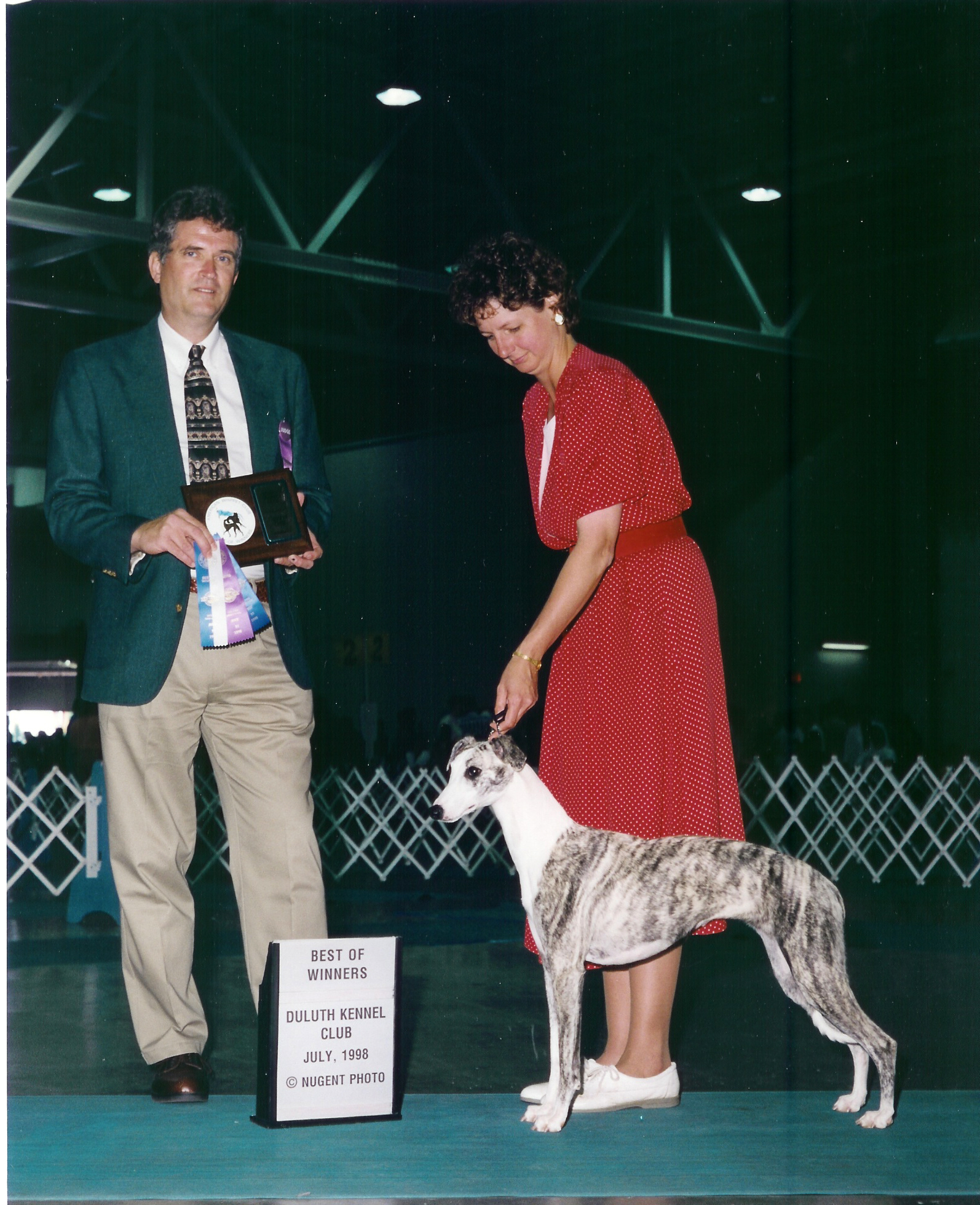 Norma BOW at the 1998 Duluth supported entry under Doug Arthur

Norma lived up to her “Stormin’ Norma” name and was our wild child. She had a distinct sense of humor and it usually showed when working obedience. 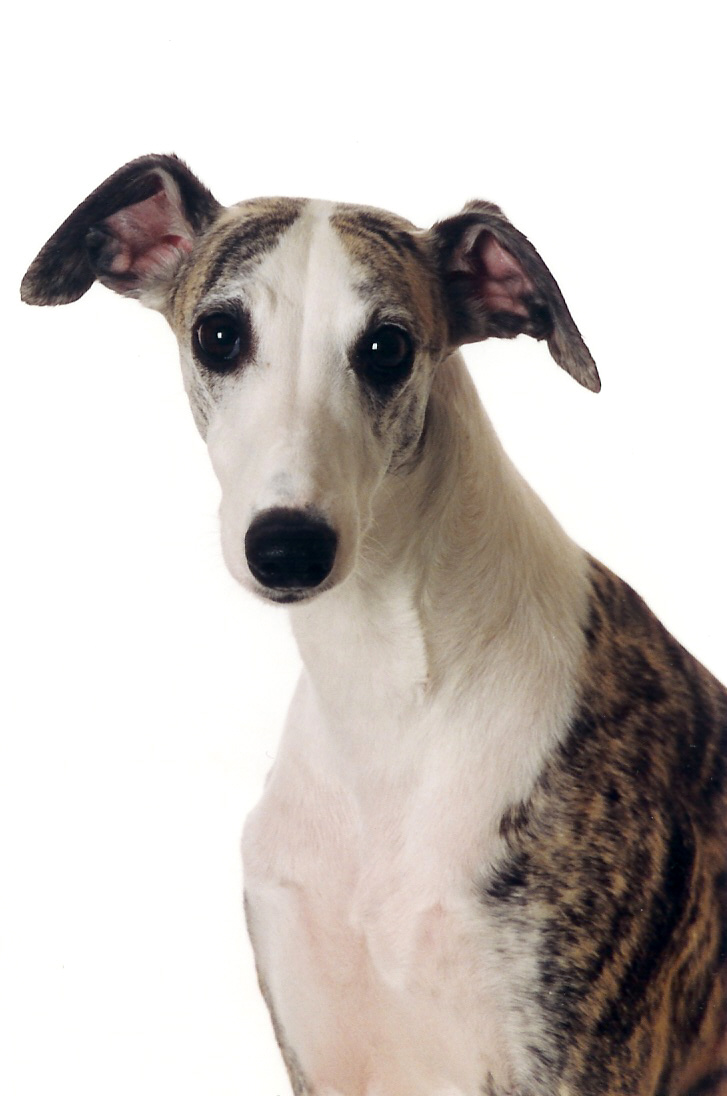 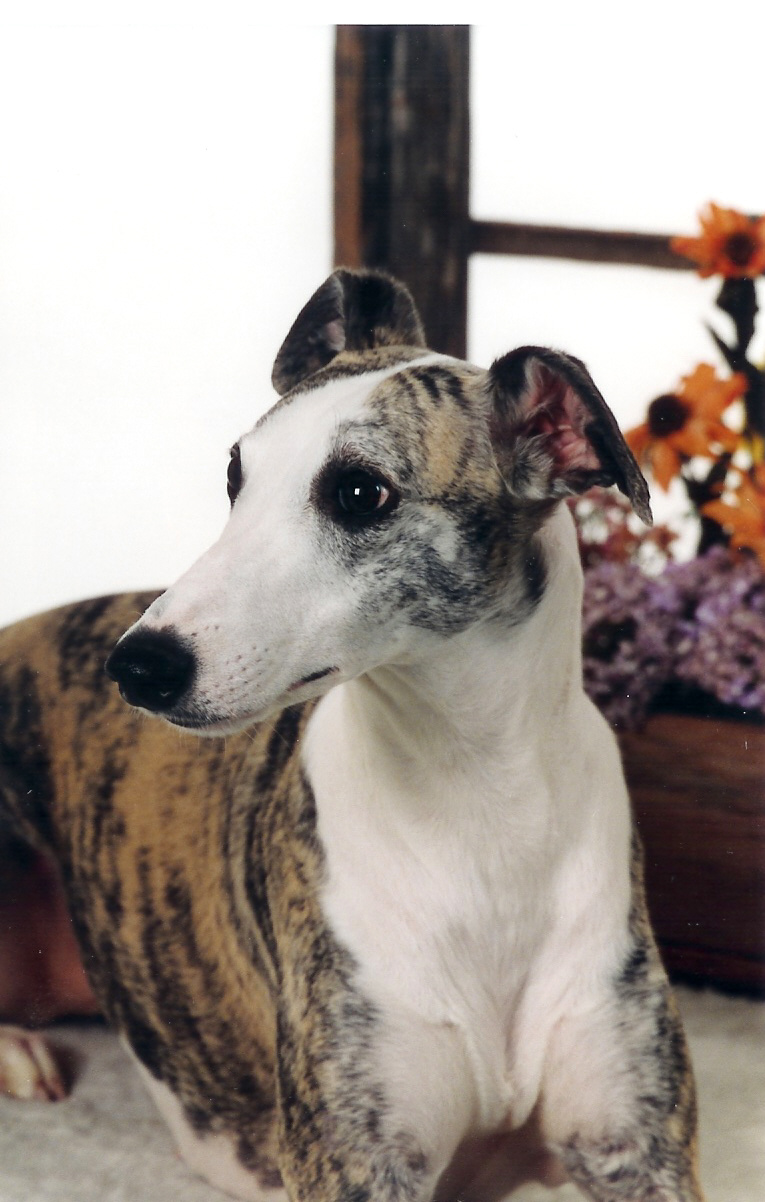