Poetry finished at two years of age with three majors. Her biggest win was Best of Winners, Best Bred by Exhibitor and #1 Select under Bud Gutilla at the 1998 AWC National Specialty. She finished her ASFA lure coursing field championship quickly, her Canine Good Citizen, and finished her companion dog title in July of 2003, which qualified her for the American Whippet Club Champion Award of Versatility. She retired from coursing very early due to toe injuries. 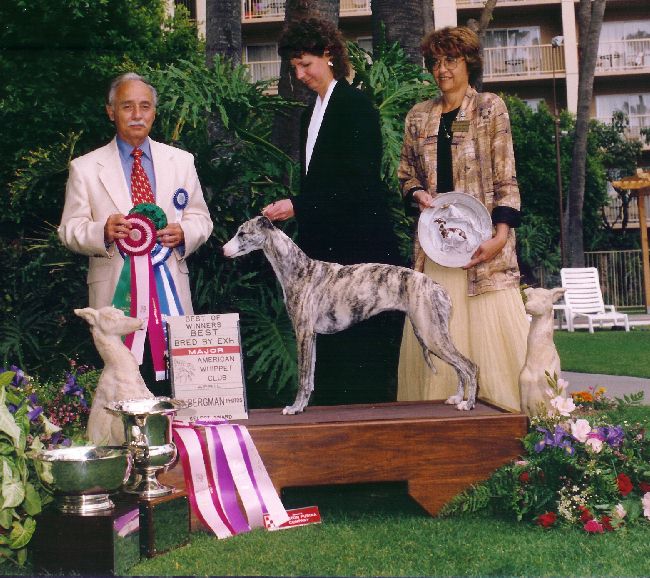 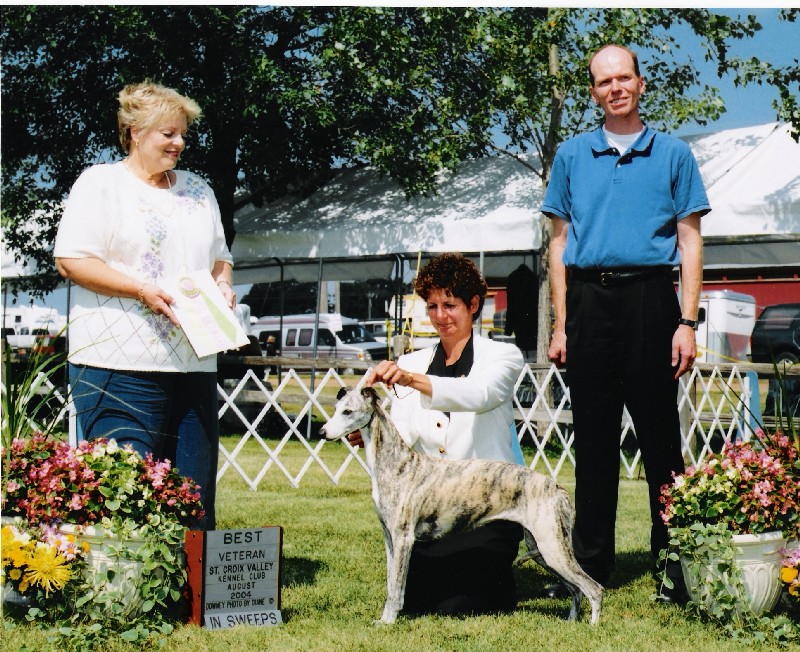 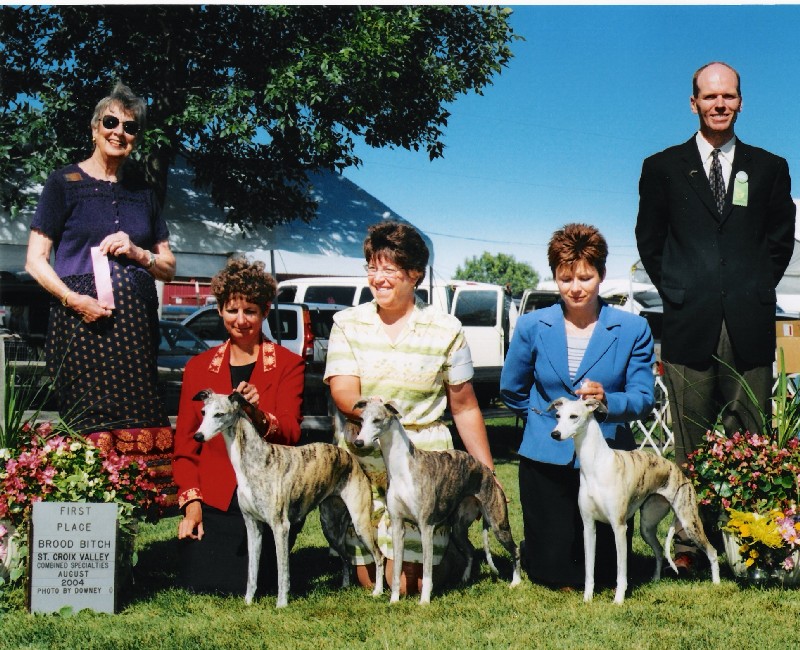 It was exciting when Poetry the first ROM – Register of Merit for Northwind. She had seven champion puppies.

Poetry’s second litter was born on November 25, 2002 and was sired by Ch Spring Fever de Sud. While she was in South Carolina, she either jumped the fence, or was taken by someone. She was missing for 25 days while pregnant. During this time she lost 25% of her body weight, returning to us just skin and bones, but managing to hang onto her puppies. Click on Poetry’s story for a long version and photos of the area she was found. She was wearing her martingale collar, complete with tags when found. However, the tags didn’t help because she would not let anyone near her. She finally had to be live trapped to be captured. 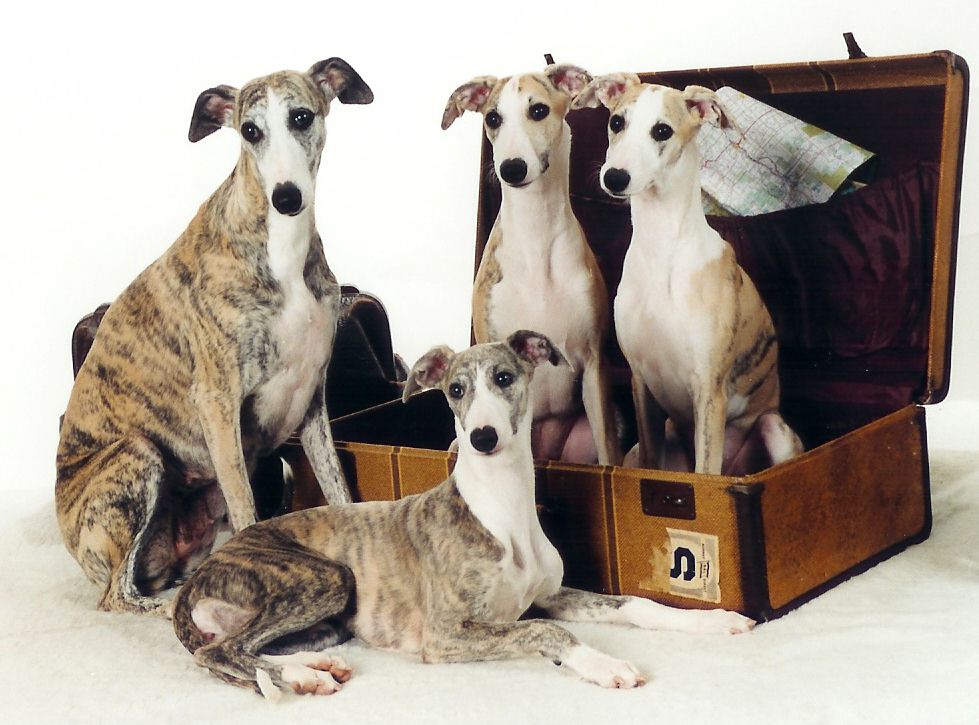 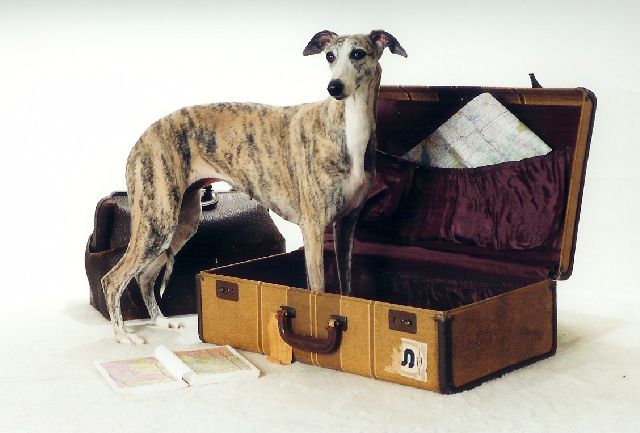 Poetry promised never to leave home again! She is shown with three of her puppies: Kitzy in front, back left is Marco and back right is Cresta

Puppies from her third litter are:

The puppies from her second litter are: