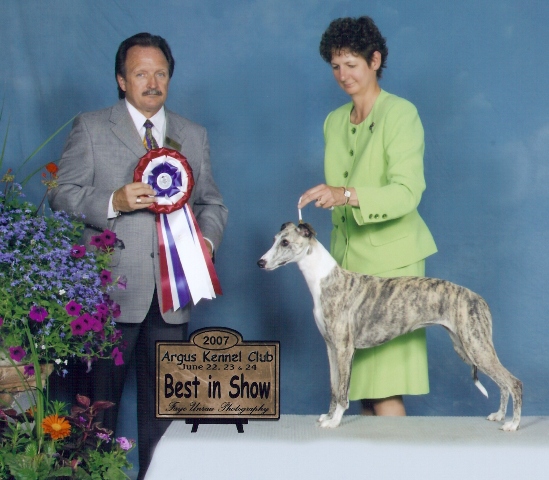 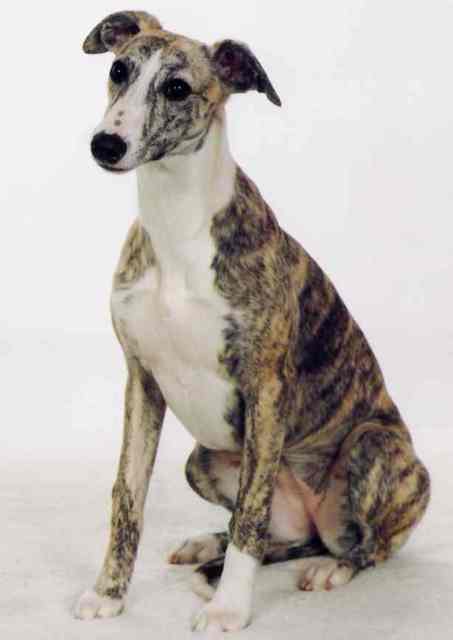 All of those titles are wonderful, but  they don’t really capture the essence of Echo. Echo was sheer joy wrapped up in a whippet body. Life was a party to Echo. She was a delight to show, finishing her championship easily; she went to Canada and finished her championship there with a Best in Show. That was a six show weekend and she was the only lively dog in the ring after six shows in three days. She loved to lure course, got her field championship easily and certified many a dog.

She was going to travel to the 2013 national with a friend who could leave a day earlier to participate in lure coursing and the triathlon. The dreaded phone call came about 11 p.m.  Echo had gotten out and despite desperate calls from my friend to return, she trotted off into the cold, sleeting April Minnesota night. Does she get hit by a car or end up hiding fearfully in someone’s backyard in the dark and cold? No, she turns up in a bar, helps serves drinks for a couple of hours until we could fetch her, begging for and getting hot dogs as a snack. As always, life was a party to Echo.

But Echo’s exuberance towards life and willingness to try anything new showed most when working with her buddy Irene Mullauer in obedience and rally. Irene spotted Echo’s unique approach to life and talked me out of taking her through obedience with my usual casual commitment. She saw her potential and with my permission, stole her away for training. The two of them were just a delight to watch working. Unlike most whippets, Echo’s zest for life showed in her obedience work ethic. For those of us who have trained whippets over the years and have felt the pain of the off lead lag, dreadfully slow recalls, crooked sits and the “vulture” pose during the long sit marveled at her enthusiastic heeling. She would sit with one paw poised in the air waiting for the next command. Her recalls were fast and accurate and she smiled and wagged the entire time in the ring. She and Irene were the #1 obedience whippet team in 2008.

Echo was taken this past Wednesday after a brief but ferocious battle with cancer, one week before her 9th birthday. We and people whose lives she touched with her joyfulness mourn her loss so young. 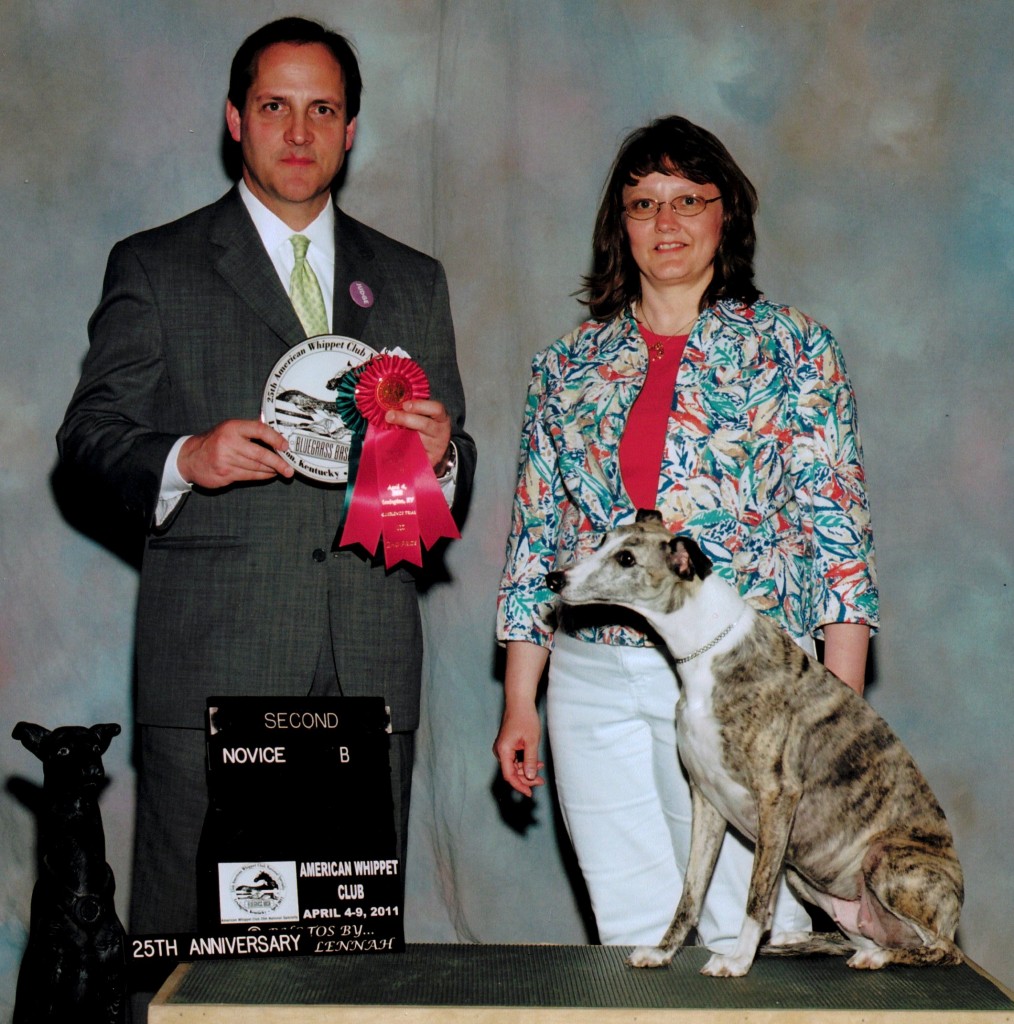 Echo was the #1 obedience whippet in the country in 2008. Co-owned and  trained by Irene Mullauer, they made a great team. Irene trained Echo both to her CD title and the Rally RA. She finished her rally novice with a first and 4th placement and scores of 100, 99, and 99

This was a very fun day. Echo and her half sister Cresta were the only two entered in the brood bitch class at the 2011 North Central Regional, so it was a knockdown between those who owned Echo kids and those who owned Cresta kids. Echo won.

From left to right, Judge Christy Nelson, Irene Mullauer with Echo, Mark with the fabulous prize for the brood bitch class and wearing his Team Echo on the front and Team Cresta on the back T-shirt, me with Keebler, Sara Krieger with Norris, Lisa Costello with Cresta, Chris Foss-Tietz with Barrett and Robin Exsted with Da’Vi.