Flirt’s love of lure coursing was amazing. She was so avid at the start that Mark had to carry her, feet pointing forward so she couldn’t kick off anything to get to the starting line in one piece. He couldn’t walk her out to the line on a slip lead – she would twist out of anything. She finished her field championship in 1992 and finished an LCM in ‘93, ’94, ’96,’97, and her LCM 5 was reached from the veteran’s stake by going BOB in 1998. She reached the ASFA top twenty twice, retiring at age ten with toe injuries. She was inducted into ASFA’s Hall of Fame in 2008 – the only Northwind dog to achieve such an honor.

She allowed me to train in obedience, but it was not her first choice. She is shown finishing her CD at the AWC National. She had 10 points, but never got a major in the show ring.

Shown below winning a best in sweeps. 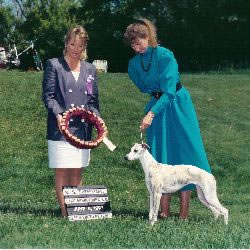 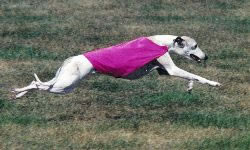 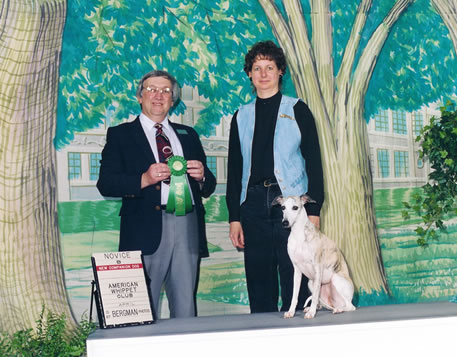 Flirt finishing her CD at the National 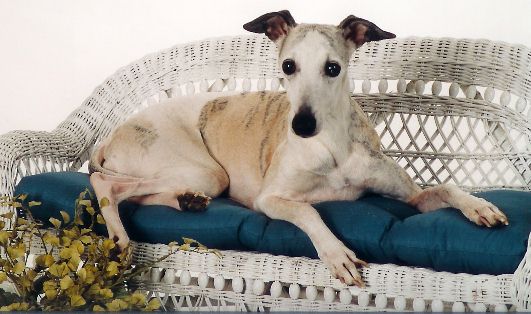