“Dash” was our very first competitive dog. He had pretty markings, but wasn’t nice enough structurally to finish. However, he was a great dog to work with to learn how to show. He excelled in lure coursing and taught me how to use a slip lead properly. He earned his field championship in two weekends in the states and in three days in Canada. Unfortunately, he had a serious accident on the coursing field at five years of age, ending his running career forever, just 30 points shy of his LCM with all placements. He earned a companion dog title both in the U.S. and Canada, one of the qualifying legs being earned after his accident. He lived a very long and healthy life, being almost 17 when he died. Dash was inspiration for my first attempts at making martingale leads and martingale collars.

This is a favorite photo from many years ago. This was the weekend Dash took two BOB’s, a second and a Best in Field in one weekend to start and finish his title in Canada. Mark is the proud and very 80’s looking handler and David Markus is the pretend judge. 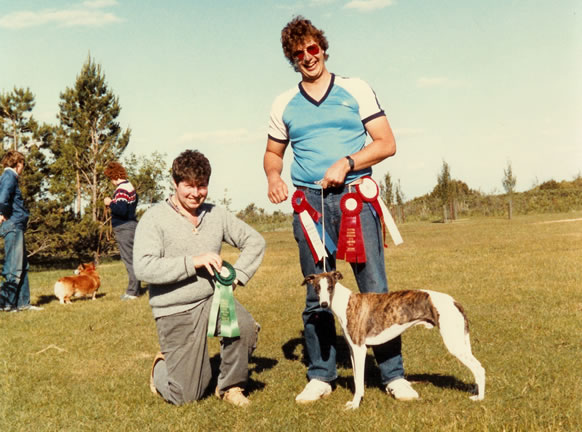 Dash finishing his Canadian lure coursing title in one weekend 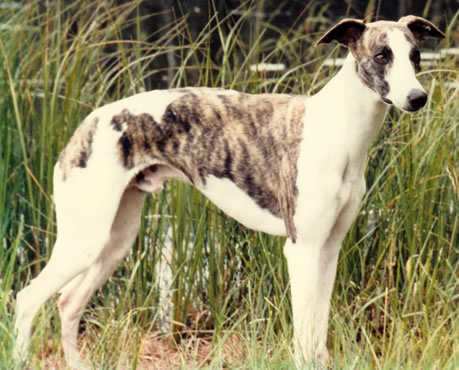