Am/Can Ch Northwind’s All That Dazz

“Dazzle” finished her show career easily with three majors, one of them being a five point. She took two Best In Sweeps along the way.  She is shown here winning Best in Sweeps at the North Central Regional Specialty under Tad Brooks. 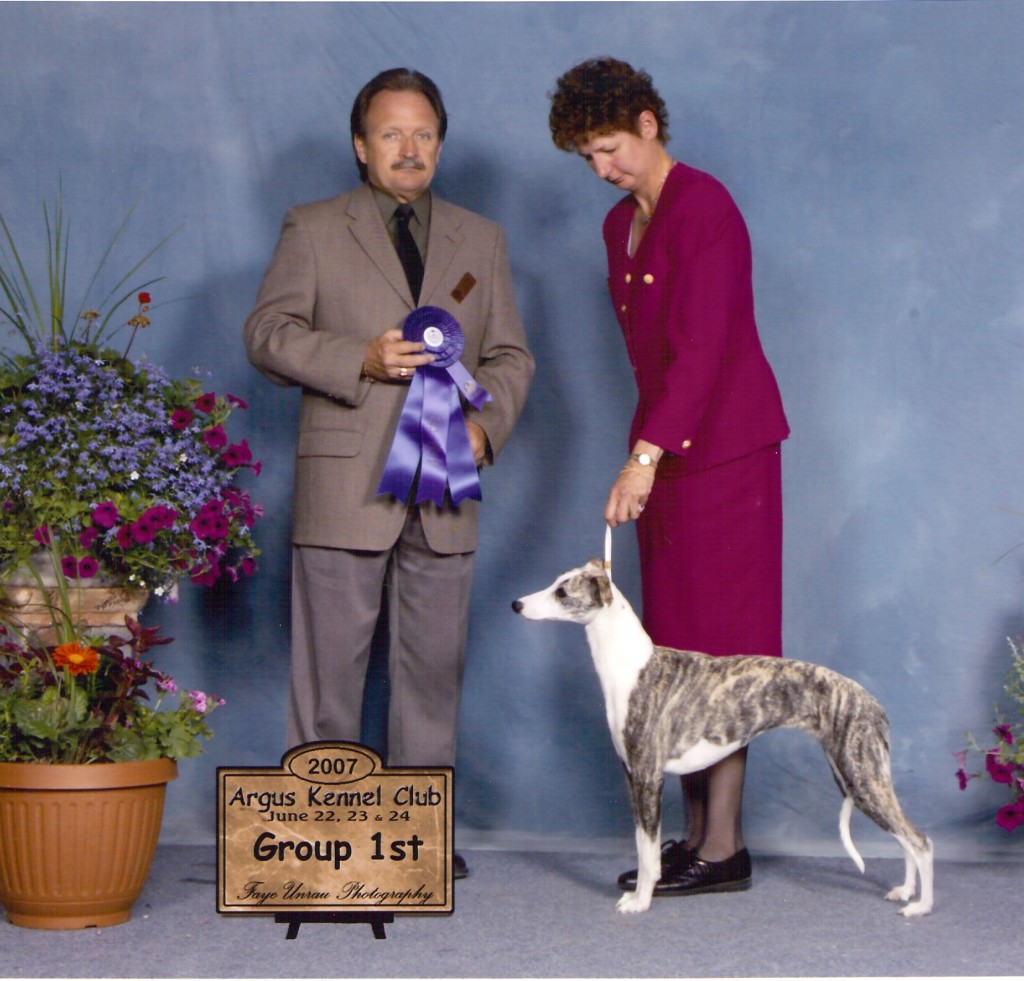 Dazzle finished her Canadian Championship in style, by taking a Group 1 to finish.

Dazzle loved coursing, but after getting rolled several times by bigger dogs, she became tentative and now only enjoys running for fun. Windsor is a multi group winner with a Best In Show, and a Specialty BOS, all owner handled by Alice VandenBussche. He was in the AWC top twenty for three years. He adored showing, loved the spotlight and never met anyone who wasn’t instantly his friend. To this day, he loves being the center of attention.

Dazzle was bred to GCH Northwind’s Round House Kick. Puppies born May 5, 2012.

If you have any questions about Dazzle or other Northwind whippets, e-mail me.